Do in-work benefits work for low-skilled workers?
To boost the employment rate of the low-skilled trapped in inactivity is it sufficient to supplement their earnings?

High risk of poverty and low employment rates are widespread among low-skilled groups, especially in the case of some household compositions (e.g. single mothers). "Making-work-pay" policies have been advocated for and implemented to address these issues. They alleviate the above-mentioned problems without providing a disincentive to work. However, do they deliver on their promises? If they do reduce poverty and enhance employment, can we further determine their effects on indicators of well-being, such as mental health and life satisfaction, or on the acquisition of human capital? 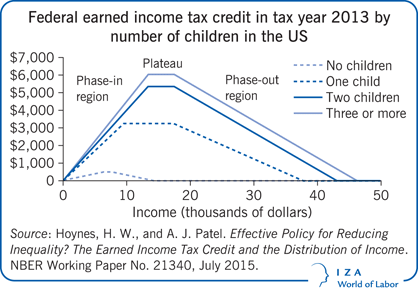 Permanent in-work benefits often enhance the socio-economic position of low-skilled workers with low financial incentives to work. Some evidence suggests that the mental health and the overall life satisfaction of beneficiaries are also improved, with, for some subgroups, additional favorable effects seen in their children. The complexity of the tax and benefit system, however, should not be overlooked. This calls for clearly understandable policies that offer permanent, as opposed to time-limited, in-work benefits alongside supporting mechanisms that assist with childcare, health care, and housing.

This article first appeared on IZA World of Labor in March 2016. Reproduced with permission