In this month's RIETI report, we would like to introduce to our readers our new JSTAR website, which was released on December 7.

So, you are now probably wondering what is JSTAR. It stands for the Japanese Study of Aging and Retirement and is a panel survey of middle-aged and elderly people aged 50 or older conducted by RIETI, Hitotsubashi University, and, more recently, the University of Tokyo. The survey is ongoing, and this release represents the first wave.

Japan's society is aging at a pace unprecedented in other nations around the world. Accordingly, in order for Japan to establish a sustainable social security system and ensure that the elderly do not suffer a decline in the quality of life, it is crucial to make available micro-data on the diverse aspects of the lives of this segment of the population. To this end, the JSTAR survey gathers information on physical health, work, income, assets, health care expenditures, family relationships, and social participation among others.

In many other countries, extensive surveys have been conducted on elderly people. The resulting data have been utilized for academic and research purposes, and have also served as a valuable input for real-world policymaking. Despite the rapid aging of the Japanese population, until now no statistical survey that captures the diversity of this segment of the population from various viewpoints had been carried out in Japan.

JSTAR is designed to ensure, to the maximum extent possible, comparability with preceding surveys such as the Health and Retirement Study (HRS) in the United States, the Survey of Health, Aging and Retirement in Europe (SHARE) in continental Europe, and the English Longitudinal Study of Aging (ELSA) in the United Kingdom. Accordingly, by analyzing JSTAR data, researchers can track down the characteristics of the Japanese elderly population both in terms of their specificity and universality in the world.

Please take a look at our new JSTAR website. With many thanks in advance, we welcome your feedback so that we can continue to make further improvements to this project. We hope that JSTAR can serve as one of the world's leading surveys in providing longitudinal data on middle-aged and elderly people to researchers worldwide, as well as contribute to improving the lives of the elderly and establishing a sustainable social security system in Japan. 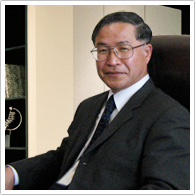 Fujita Masahisa, President and Chief Research Officer of the Research Institute of Economy, Trade and Industry (RIETI), was selected as a new member of the Japan Academy at its 1,044th General Meeting held on December 13, 2010. Explaining reasons for selecting President Fujita, the Japan Academy—an organization that accords special recognition to researchers with the most eminent records of academic and scientific achievement—commented as follows: "Building on an outstanding academic career in the areas of conventional urban and regional economics, Dr. Fujita has achieved highly remarkable research accomplishments—together with those of Dr. Paul Krugman of the United States—in the field of spatial economics, an area that significantly developed in the 1990s. Spatial economics, which includes urban and regional economics under its umbrella, involves the analysis of diverse forms of agglomerations and division of work, such as the patterns of domestic and international industrial location and population concentration, the international division of work, and the cross-border mobility of human capital by applying an integrated economic theory. Through his pioneering works co-authored with Dr. Krugman, including a world renowned book 'The Spatial Economy: Cities, Regions, and International Trade,' as well as those co-authored with other researchers, Dr. Fujita has made essential contributions to the development of spatial economics."

For a complete list of past and upcoming event information.

Fellow titles and links in the text are as of the date of publication.

For questions or comments regarding RIETI Report, please contact the editor.

*If the "Send by mailer" button does not work, please copy the address into your email "send to" field and connect the prefix and the suffix of the address with an "@", sending it normally.